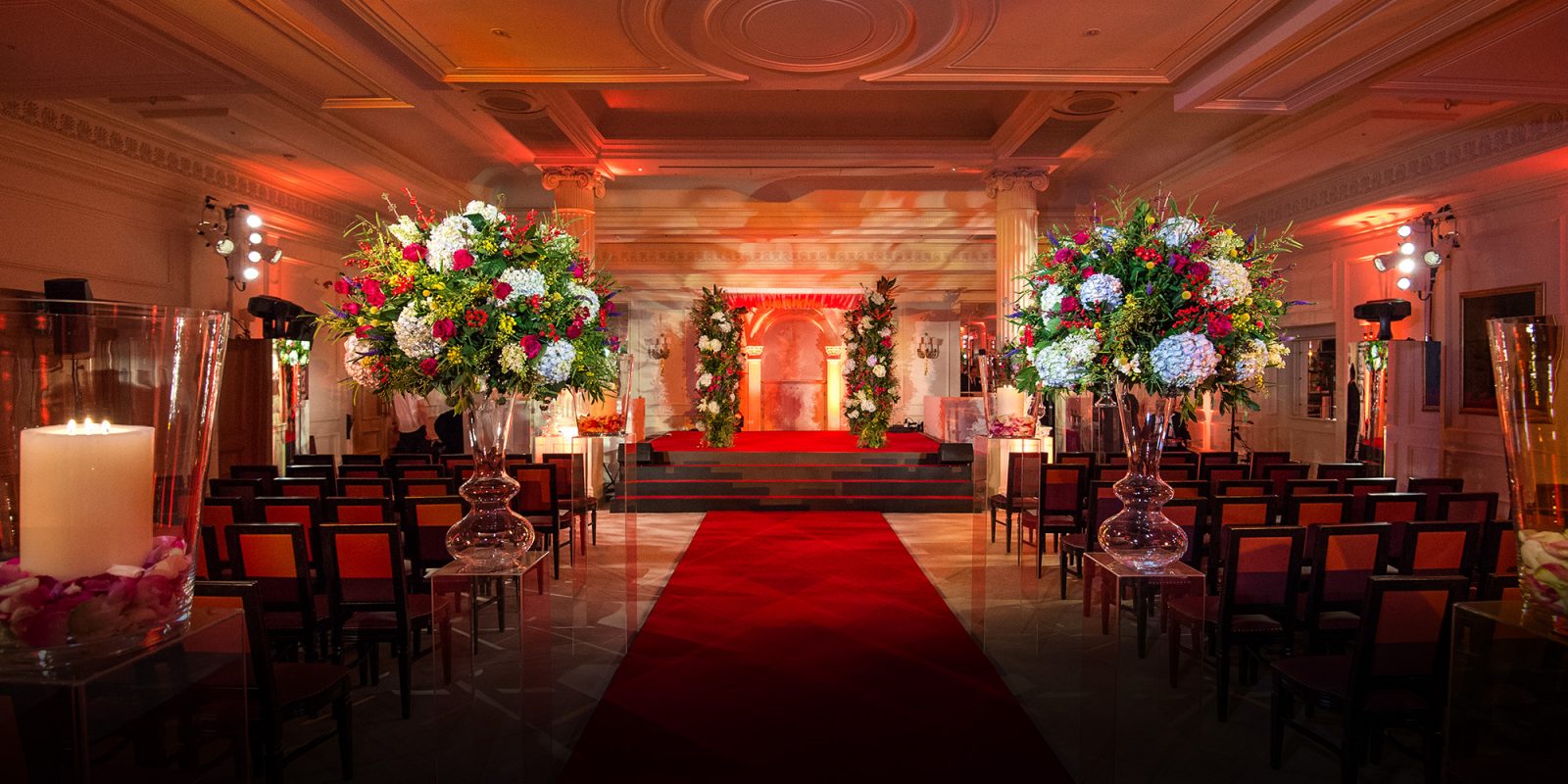 This bride and groom stated that they wanted a change from the traditional style of wedding. Instead of the ‘white wedding’ concept with a three-course dinner, they opted for a much more colourful ceremony followed by a tea dance.

Red was to be the key colour for their ceremony, partly to make it distinctive and partly for the number of Arsenal fans who would be present.

The iconic Savoy hotel in London was dressed for the winter period, but inside the ceremony room the lighting design washed the room in a deep red, and a gentle glow came from the abundance of candles lining the aisle.

When time for the ceremony, our non-traditional bride opted for a stunning Erdem dress in a pale blue with bright florals which was complimented by her bridal bouquet of mixed colours.

After the ceremony where the couple were surrounded by their families, the tea dance reception began. The theme of romantic reds carried through to where the couple’s love of art was reflected in the floral designs and furnishings.

Afternoon tea brought the quintessentially British scones, sandwiches and cakes, and to accompany the delicious food, a lively acoustic group of buskers roamed the room and entertained the guests.

Later on, following the speeches and formalities, the pièce de résistance for all present was a bespoke performance from the West End legends the Jersey Boys.  The atmosphere in the room was electric and all the wedding guests were on the dance floor enjoying this quality entertainment.

Even when the music was drawing to a close, it was clear that the bride and groom weren’t ready for the night to end, so the party simply transferred to the penthouse and continued until the early hours… what a wedding!