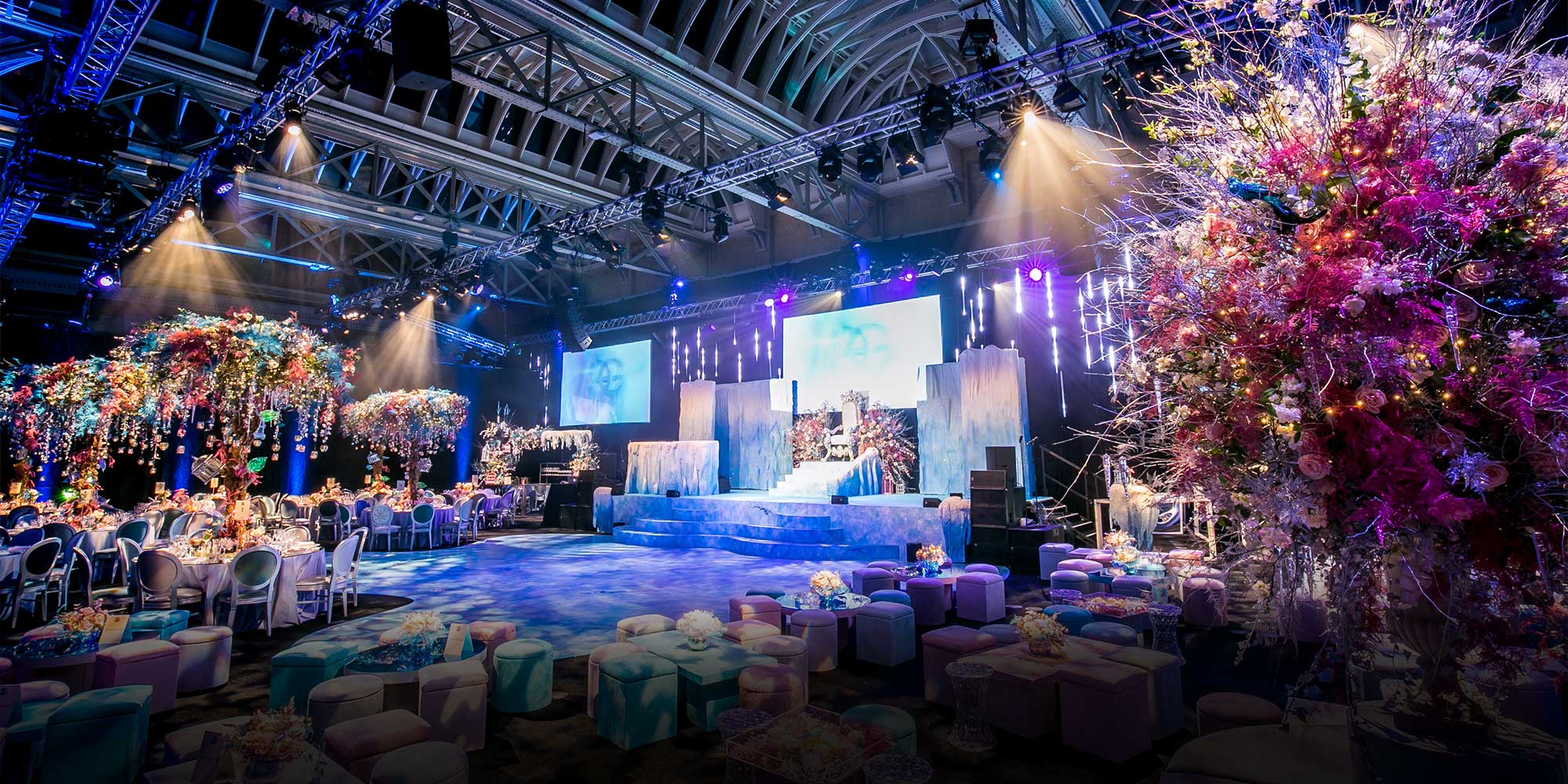 Taking place in December and in an empty black-canvas venue, this Bat Mitzvah was simply destined to be transformed into an Ice Palace. Following this family’s first and impressive coming-of-age celebration several years earlier, it was imperative to ensure the same ‘wow-factor’ for the guests was achieved.

Within just a few phone calls and meetings, the Ice Palace theme had evolved substantially and it was sure to become a magical realm. The first steps led the JustSeventy team to Old Billingsgate: the original 19th Century Victorian fish marketplace. A true blank-canvas, it was the ideal place to create a whole new enchanted winter world for the Bat Mitzvah girl.

The clients wanted to take their guests on a journey, sprinkling the theming and magic along the way rather than in just one hit. With this in mind, the venue was draped and divided into separate areas with the reception remaining relatively minimal in décor so as not to give too much away for what would come later. When the time came to bring all the guests through to the main space, they were led through a spectacular floral arch, the perfect entrance into such an incredible ice palace.

Key unique features of the design included a bespoke dance floor, cut into the shape of a lake and hand-painted with glitter and shimmering tones to allow guests to feel as though they were ready to ice skate on it instead of dance! Floral designs included handmade iridescent cellophane roses which took the floral team seven days to complete by hand. The floral installations needed to be big in order to create impact in such a large space, so whimsical trees in icy pinks, blues and teals were all brought in. The young guests had their own VIP area with bespoke low furniture as well as two loveseats with huge trees.

A vital part of both the occasion and the clients’ brief was the entrance. The previous Bat Mitzvah in the family saw an entrance straight from a circus and it had long been a talking point amongst their friends and family… this one had to match, if not supersede any previous concepts. The JustSeventy team knew that it needed to be big. After much deliberation, it was decided that it would consist of a multi-sensory reveal of the Bat Mitzvah girl. The epic entrance included: 6 dancers in bespoke white costumes, with flowing capes, ice crowns and clever makeup; a specially remixed version of Cold as Ice; an 8 ft ice wall to conceal the Bat Mitzvah girl on her ice throne adorned in flowers; all topped off with dramatic lighting, pyrotechnics, dry ice, and singers.

Delicious food and cleverly curated music ensured that everyone was having a great time. When all the surprises seemed to have ceased, the stone-effect palace door opened and a secret pudding palace was revealed for dessert. How could a true palace be portrayed without a level of gluttony in dessert form?!

Then finally, as midnight hit and everyone thought the fairy-tale was over, a secret nightclub which had been hidden within the main room was revealed. All the guests who were truly none the wiser, moved through into the cleverly draped off party space and continued dancing through to the early hours as any royal family would do in their spectacular frozen palace. 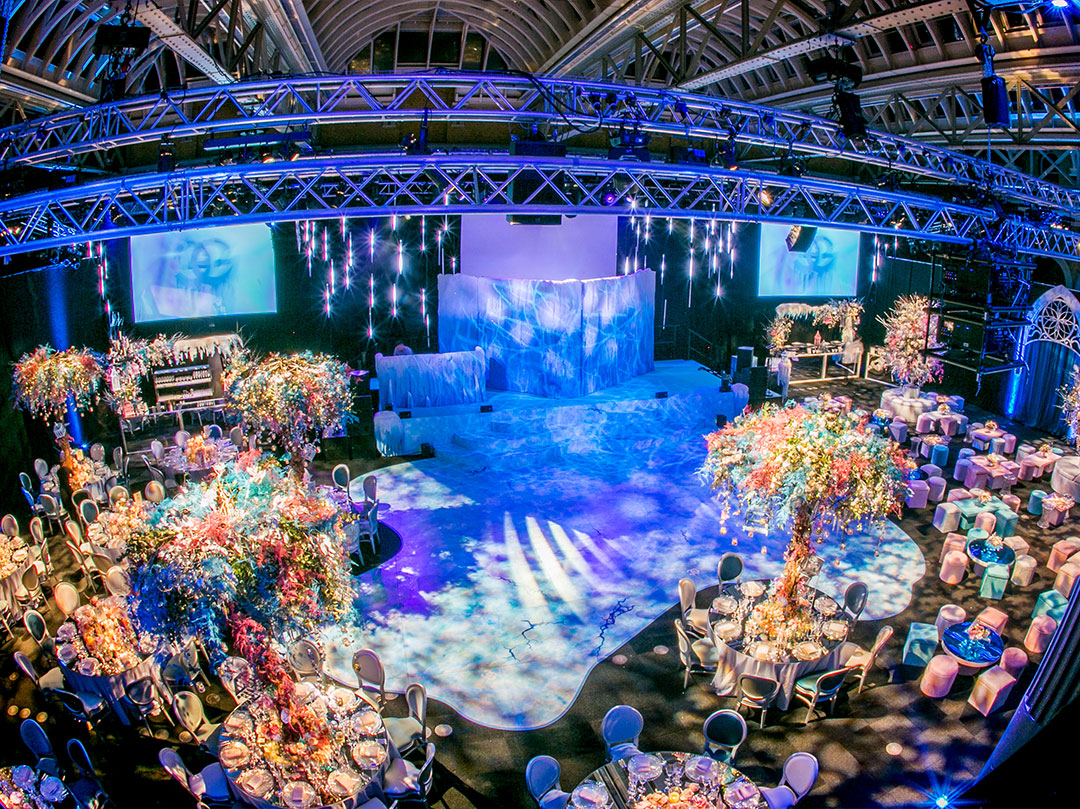 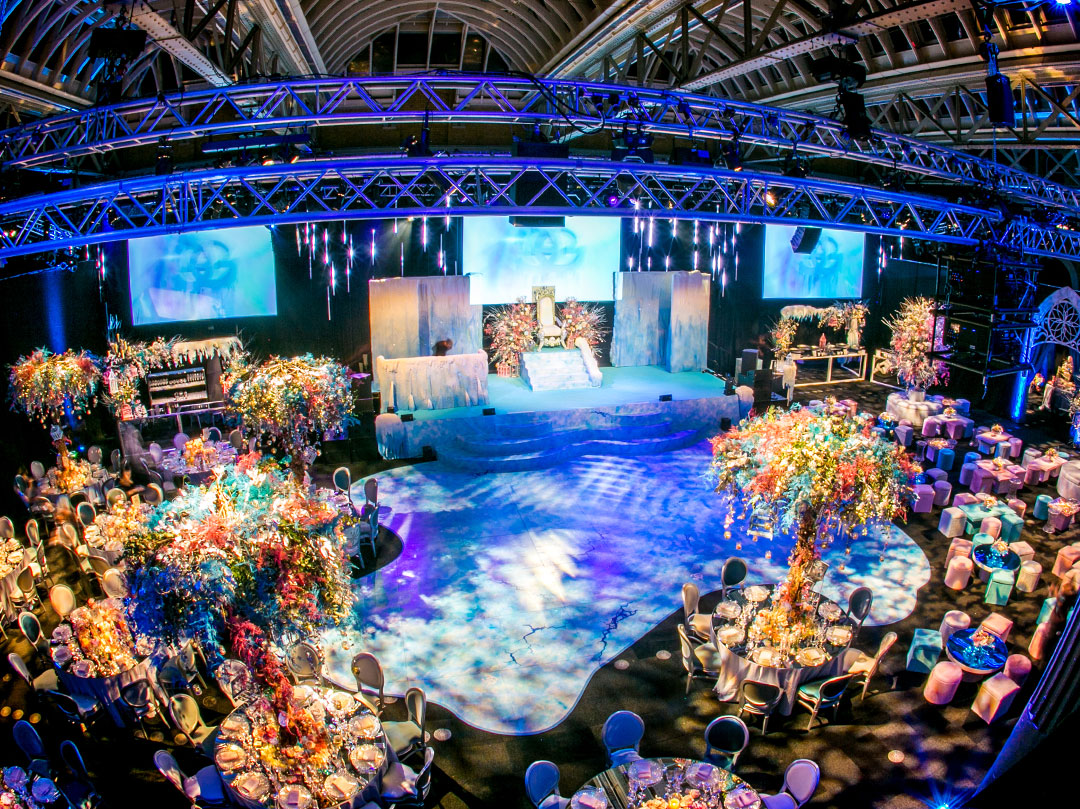